The occupying Sinhala military in Jaffna has hurriedly organised a ceremony, Puṇya Mahōtsavaya, at the controversially erected Buddhist ‘Sammidhi Sumana’ Vihara at the entrance to Jaffna city at Naavat-kuzhi in Jaffna on Saturday evening. The construction of the stupa is yet to complete. However, the SL military has announced the move to coincide with the first-year Kumbhabhishekham of the nearby Tamil Saiva temple of Siva-thedcha’naa-moorththi, which has been constructed by a Tamil Saivist organisation in Jaffna. The latest ‘confrontation’ has come as the elected civic council (Piratheasa-chapai) with a majority of ITAK (TNA) members was tricked into withdrawing its legal objection to the construction of the Vihara by the SL Minister of Megapolis & Western Development, ‘Patali’ Champika Ranawaka, a well exposed extremist of the militant section of the Sinhala Buddhist establishment.

Mr Ranawaka has tactically locked the ITAK establishment into withdrawing the legal objection which was filed by the elected civic council in Thenmaraadchi which the ITAK controls.

Vamathevan Kandiah, the chairman of the civic council, admitted the withdrawal and said he also finds himself at a situation to attend the ceremony which has been scheduled at the Sinhala Buddhist Vihara.

Mr Vamathevan also admitted that there were only around 9 Sinhala families that were residing at the locality.

Even though the Sinhala military was pushing for the Sinhala colonisation with 28 houses for the settlers, around twenty of the Sinhala beneficiaries do not seem to reside there.

Even the remaining nine families are not entirely residing there, he further said. 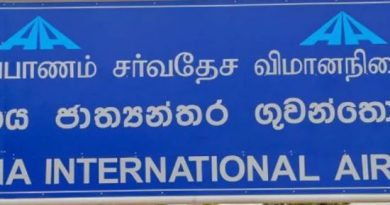 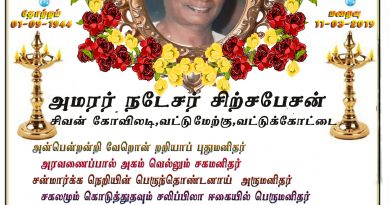